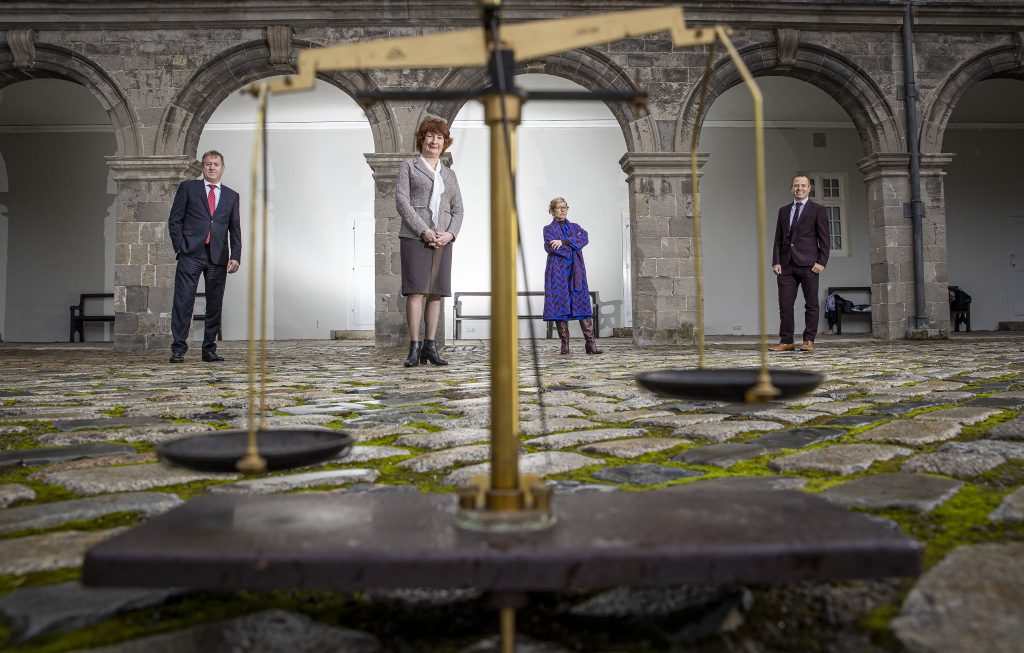 WorkEqual campaign ‘going global’ – with lessons from Iceland, the US and the UK on how to progress gender equality in Irish workplaces

WorkEqual campaign ‘going global’ – with lessons from Iceland, the US and the UK on how to progress gender equality in Irish workplaces

Gender equality experts based in Iceland, the US and the UK will join a host of Irish speakers on the line-up for this year’s WorkEqual campaign, sharing their insights and ideas on how to progress workplace gender equality.

The WorkEqual campaign, which is NGO-led and runs every November, aims to raise awareness of workplace gender inequalities and related issues – and develop solutions to address these.

Launching the 2020 programme for WorkEqual today (21.10.20), campaign founder Sonya Lennon said: “We are delighted to have international activists, politicians, business leaders and NGO representatives on the line-up for WorkEqual 2020. Last year, we held the inaugural WorkEqual conference, which involved a number of international speakers. This year, as a physical conference is not feasible, we’re running a series of online panel discussions and using the opportunity presented by moving online to broaden the global reach of the campaign.

“Gender inequality is not a challenge for Ireland alone. It’s an issue that countries worldwide are grappling with. We have lots to learn from countries that have shown leadership and innovation in promoting gender equality in the workplace. And, in turn, other countries can learn from some of the positive initiatives underway here in Ireland. International collaboration – and learning from what has and hasn’t worked in other jurisdictions – will be a big focus of this year’s campaign.”

All events will run from 1pm to 2pm, and advance registration is required through the WorkEqual website. Speakers confirmed for ‘The Solutions Series’ to date include:

In addition to ‘The Solutions Series’, an Irish / Icelandic WorkEqual partnership will be launched during November – in collaboration with the Icelandic Women’s Rights Association.

At today’s launch, Permanent TSB and SOLAS were announced as headline sponsors of the campaign, with both organisations having committed to a three-year partnership with WorkEqual.

Commenting at the launch, Eamonn Crowley, CEO of Permanent TSB, said: “Permanent TSB is committed to creating a workplace that embeds gender equality at every level and we are delighted to demonstrate this commitment by supporting the WorkEqual campaign to promote gender equality in workplaces across Ireland.

“With the increased challenges from Covid-19, there has never been a more important time for businesses across Ireland to focus on addressing the barriers to women’s and men’s full and equal participation in the workplace, taking direct and proactive steps to make this a reality across society. This is the responsibility of every employer and we’re proud to contribute to this national effort, in partnership with the WorkEqual campaign”

Andrew Brownlee, CEO of SOLAS, said: “We know the Further Education and Training sector plays an important role in supporting women who want to reskill or upskill to further their careers or, indeed, women seeking to return to the workforce. Over 60% of learners in the sector are female. But, even after successfully joining or re-joining the workforce, many women face challenges when it comes to career progression and juggling the demands of work and home life.

“The FET sector is committed to developing the skills for a future workforce that is more gender-balanced. By partnering with the WorkEqual campaign, SOLAS is demonstrating our commitment to tackling gender inequalities over the coming years – in our own workplace, in the FET sector and in wider society.”

The WorkEqual campaign is an initiative of the Dress for Success Dublin (DfSD) charity. DfSD is an affiliate of an international organisation, Dress for Success Worldwide, which was brought to Dublin in 2011 by broadcaster, designer and businesswoman Sonya Lennon. The mission of DfSD is to provide innovative, targeted services and advocacy to help people (re)entering the workplace to reach sustained economic independence. Recognising that many women face discrimination and other obstacles to progression in their careers, DfSD established the WorkEqual campaign in 2016.

Further information is available at www.workequal.ie or on social media, @DFSDublin, #WorkEqual.